Time Magazine featured David Seymour's CHIM: Children of War not only once, but twice

CHIM: Children of War was first featured in LIFE Magazine, displaying page spreads from a December 1948 issue of LIFE magazine that included David Seymour's compelling work for UNICEF in post-war Europe.
This book was again featured in the LightBox section of Time Magazine for a second look at David Seymour's remarkable photographs.

We are proud to announce that Stephen Ferry has won the inaugural Tim Hetherington Grant for his project “Violentology: A Manual of the Colombian Conflict.” This past Tuesday, World Press Photo and the Human Rights Watch awarded Ferry the prize—a €20,000 grant given to help a photographer complete an existing project that focuses on human rights issues. Hetherington, who was killed in 2011 while photographing the Libyan war, dedicated his life to chronicling global conflict. His film Restrepo was nominated for an Academy Award for Best Documentary Film and won the Grand Jury Prize at Sundance. In 2009, Umbrage Editions published his book Long Story Bit by Bit: Liberia Retold, a collection of photographs he took while documenting the civil war in Liberia. In Spring 2012, Umbrage will publish Violentology: A Manual of the Colombian Conflict. Visit the Violentology Blog for more information.


What the Critics Have to Say About Rania Matar's New Monograph, A Girl and Her Room

Most recently, Allure's Daily Beauty Reporter blog got up close & personal with Rania and the girls.

Marie Claire featured A Girl and Her Room in their Things We Love About May piece, and both Lenscratch and the Photo-Eye Blog ran terrific interviews with Rania Matar. And check out The Huffington Post's slideshow of images here. 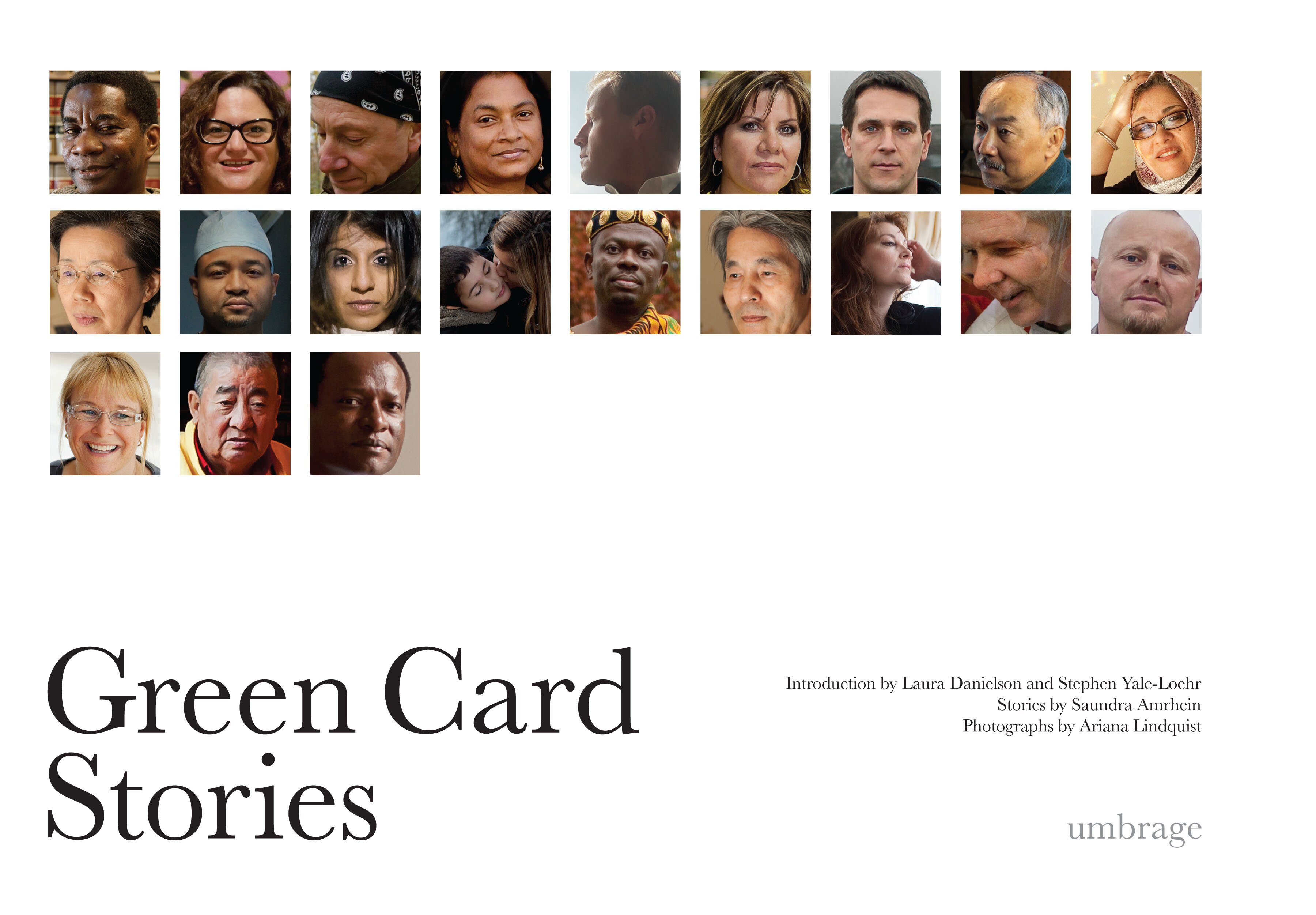 CNN posts an impassioned interview with author Saundra Amrhein about her experience meeting, and writing about, immigrants for the newly released Green Card Stories. When asked what the narratives from the book convey about the character of people immigrating to America, and about America itself, Saundra notes: “About the immigrants themselves, it requires a phenomenal amount of resilience to come here and go through what they go through. Whether they’re coming from poverty, or come from their countries as professionals and had to start cleaning floors when they got here. They have such a tenacity and strength, you find that not only has that strength enabled them to become really productive people, but that has also led them to pursue what they love in life.” Read more here.

La Lettre de la Photographie commemorates the two-year anniversary of the earthquake in Haiti with a review of Wyatt Gallery's Tent Life: Haiti by Sara Rosen. Her insightful piece honors the continued struggle of the Haitians and Gallery's powerful representation of the country and its people. “Gallery’s photographs are a testament to . . . the beauty of the human spirit that glows from within. His photographs show us that despite the worst possible circumstances, the people of Haiti have something so many of us lack: the commitment to family, to community, to rising above. Can’t hold us down, not by the forces of Man nor Nature. The photographs are at quietly shocking, such beautifully composed images of honor and pride in the face of total devastation.” Click here to read the full article.

“[T]he most captivating thing about the hundreds of photographs featured inside the book isn’t the suggestion of sex that seeps out of every crevice, the promise of pleasure that lurks behind each half-open doorway; it’s not the vast expanses of exposed cleavage and thigh, nor the resplendent rooms, draped in gold curtains and leopard sheets; it’s not even the gazes of the women—steady, coy, tired, beckoning, defiant. It’s the minutiae . . . ” Click here to read the full article, "The Desert's Daughters". Refer to the following links to read more reviews:
"Nevada Rose: Inside the American Brothel" in Publisher's Weekly
"Nevada Rose" by Ryan Michael Commins in Working Class Magazine
"Nevada Rose: A Comprehensive Interview with Marc McAndrews" by Patricia Silva from Daylight Books

“The quiet mood of [Maureen Lambray's] carefully composed and lit portraits of land-mine victims, as they stare intently into the camera, belies the horror of their mutilation.” Click here to see the full article.


The Innocents in the press

The Innocents has been featured in a plethora of press releases and highly respected publications since its publication in 2003. Please refer to the list below for links to some of the book's most notable appearances in the press: